Stories from the Field: Issue 02 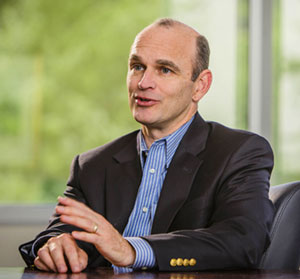 “Regime Change Can Be Tricky”

Excuse the accounting metaphor, but from the moment I arrived, something just didn’t add up at this well-respected manufacturer of sophisticated industrial equipment. As I went down our Day One Checklist, everything was GREEN at first…

There was a hole in the bucket…

but where was it? As I created our As-Built Org Chart, the chart of who really does what, I spoke with three of the four top execs and they didn’t know. But the fourth one did. He had created the hole.

During the teeth of the recession, these four executives had done a highly leveraged management buyout of their boss, the owner. The fourth guy had been VP of Sales and through the buyout he somehow became VP of Finance and President as well. But he wasn’t acting like a President, he wasn’t stepping up. He was still acting like a Sales VP, one who could write.

Checks With No Balances

He kept pouring money into two side ventures – one in marketing and one in tech. He really believed they would give him the edge he needed to beat the recession. But he didn’t tell his partners about the marketing outlays and neither the partners nor the bank were told how deep the hole had gotten.

It was a really big hole. You could put quite a swimming pool in that hole. I believed him when he earnestly explained that he was going to tell the others as soon as his strategy began to “take hold.” And his gambit might have worked, if it hadn’t been for what we call.

That One Big, Unlucky Break

It was early in the recession. The stock market tanked. The commodities market exploded. The federal government cut back on some consumer tax incentives that had fueled the company’s growth. They took a nasty, unexpected hit. Something had to give.

My Lightbulb Moment came when I was poring over our Future Viability Scorecard. Each individual company component and each executive scored well, but the company was failing. I realized that they struggled with the challenge all management teams face when they buy out a powerful owner/manager.

It’s very difficult for anyone on the team to step up and somehow instantly acquire all the skills, talents and wisdom “The Old Man” had used to keep the ship on course. There’s always a steep learning curve. And when one steps up, the others need to step in and collaborate fully on important management decisions.

Unfortunately each of these executives stayed focused on the job he did before the buyout and there was no teamwork to support the new President – and to hold him accountable. It was no accident that on our scorecard, the only category they flunked was TEAMWORK.

I realized that in this case.

Four Heads Can Be Better Than One

I suggested an immediate executive meeting and, to his credit, the new President agreed. Getting everything on the table was painful, but it gave us a starting point for a more disciplined approach to governance that could get the most out of the team. And I got them to stop digging that hole!

In short order we set up a genuine management reporting structure with regular meetings, reports and decision-making guidelines. The improved communication, collaboration and accountability got everybody pointed in the same direction. Within this structure, the President developed an effective new approach to leadership. And the partners stepped up to accept responsibilities they should have taken on sooner.

Using our 13 Week Cash Flow as a basis, we developed a short-term repayment plan for some vendors which enabled materials to continue flowing. We also met with the bank multiple times during the first three months of the engagement to outline and follow up on the plan as well as highlight new developments.

This consistent communication and weekly reporting of cash flows bought time and restored our client’s credibility, allowing us to execute multiple forbearance agreements. The team was starting to win – together.

Hard Work Can Make You Lucky

Making the changes was no picnic but the guys stuck to the program – and their commitment to working as a team. Then we got lucky, twice.

First, we were able to offset the gains of an already planned real estate sale with the losses we had racked up in the side ventures. Amazingly good timing.

Then I made a fortuitous discovery while interviewing the staff in the two sales divisions – Parts & Service and Equipment Sales. I had been searching for opportunities that might have been overlooked by the President/Sales VP while he was focused on the two side ventures.

Sure enough, Parts & Service had developed a very sophisticated system for tracking and analyzing sales data that was years ahead of the old CRM system the Equipment guys were still using.

The new management structure allowed the team to discuss, decide and act on opportunities much more quickly than before, so they installed the Parts & Service software on the Equipment side in record time. With better information, their win/loss ratio improved steadily, despite the deteriorating economy.

With the team getting stronger each month, we concluded our engagement by helping them secure new financing interested in supporting the new Strategic Plan they had created together.

Sometimes it’s not the parts of a machine – or a team – that are the problem. Sometimes, it’s how they fit together.