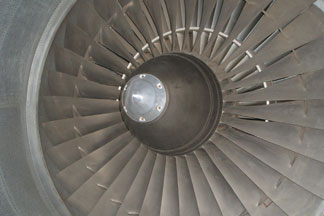 A leading manufacturer of replacement turbine blades for jet engines and other turbo machinery with revenues of $15 million.

An onerous debt obligation ($15 million), rapid growth and few operational controls left the company in a precarious position when the historically cyclical business entered a down cycle. Three consecutive years of increasing losses had created a net deficit position. Cash flow could not support the debt structure.

As CRO we reduced overhead by consolidating administrative duties and reducing redundant sales functions. We reduced five credit lines into one and reduced and restructured debt through debt-forgiveness negotiations with the secured lender. We also negotiated and implemented a payment plan with trade creditors, allowing the reorganization to take place outside of bankruptcy proceedings. Finally, we expanded overhead rates from a single rate to multiple rates to accurately reflect product flow and costs throughout the factory and revised pricing on all products. When the company became profitable and started generating cash, we assisted in obtaining new financing.

By revising overhead rates and pricing, we achieved an immediate improvement in profitability. Pricing changes, coupled with the trade creditor plan, generated sufficient positive cash inflows to allow the company to meet its obligations. Restructuring the debt allowed the company to move from a net deficit to positive net worth position. Within six months the company was profitable.

We Can Help You Find the Answer