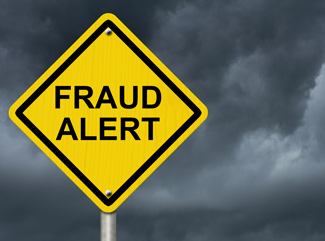 The ongoing fight against occupational fraud

The message you are about to hear is not new. But keep reading. A lot of businesses didn’t get the message the last time, and they continue to pay the price.

Every other year, the Association of Certified Fraud Examiners (ACFE) issues a report on occupational fraud and abuse. The 2012 report, released earlier this year, tells the same story as was told in the first report, in 1996. Only the numbers have changed.

Occupational fraud is a big problem for businesses, in the United States and around the world, costing companies worldwide an estimated 5 percent of their gross revenues, more than $3.5 trillion, during 2011. Nevertheless, thousands of businesses either do not establish or do not adhere to controls that could have a significant impact on reducing fraud within their operations.

And, for as long as businesses give their employees the opportunity to steal, some of them will take advantage of it. And, by the time fraud is detected, losses can reach levels that could be devastating to small and mid-sized businesses.

Consider these findings from the 2012 report:

The ACFE uses three broad categories to describe fraud: asset misappropriation, corruption, and financial statement fraud. The vast majority of frauds (86 percent in the report) involve asset misappropriation, which covers everything from removing inventory from a warehouse to skimming cash before it is recorded on a company’s books to claiming overtime for hours not worked or reimbursement for nonexistent business expenses. Corruption cases cover bribery, conflicts of interest and accepting kickbacks or gratuities from vendors. Financial statement fraud includes a variety of activities associated with overreporting or underreporting assets or revenues.

How are fraud cases uncovered?

This may seem surprising but only 14 percent of the cases are uncovered by internal audits and only 3 percent by external audits. Far and away, the best detection method (43 percent) is the anonymous tip, either from another employee or from a vendor or customer.

What, then, should businesses due to reduce the risk of fraud within their operations?

It starts at the stop, with a strong statement of ethics and integrity — standards that top management both practices and preaches, with well-defined consequences for any violations. Every executive, manager and employee must understand the policy and be held accountable for adhering to it.

What sort of standards does a company need? The Journal of Accountancy recently published a Fraud Risk Self-Assessment Tool, a two-page checklist that any business can use to determine whether it has the appropriate policies and controls in place. Covering procedures ranging from hiring practices to reviewing bank statements, the guide should help most companies spot areas of weakness.

One highly effective way to reduce the possibility of fraud is to have the owner sign all the checks the company issues. Require two signatures on all checks above a designated amount. Another is to have the owner open and review all bank statements. In addition, if the business regularly handles cash and checks, staff responsibilities should be divided, with one person counting the money, another making the deposits, another reconciling the accounts. When all these duties fall into one person’s hands, the opportunity for fraud multiplies.

Encourage employees, vendors and customers to report suspected wrongdoing. Set up a hotline or similar system to accept anonymous tips.

It is helpful, though not essential, to seek assistance from your accountant as you set up new procedures or tighten existing ones. What is absolutely essential is that you follow every procedure you put in place — with no exceptions.

While many think that insider fraud is the reason many businesses fail, the real reason is that weak and ineffectual management has created and tolerated situations that allow fraud to occur, and often to continue for years without detection.

As a global problem, occupational fraud may never disappear. But you can stop it within your business —if you set high standards and follow them every day.